Top Ten Tuesday was created by The Broke and the Bookish in June of 2010 and was moved to That Artsy Reader Girl in January of 2018. Today is Books I’ve Added to my TBR and Forgotten Why. Most of the time, I will try to do Top Ten Tuesday. It is fun and you meet new book bloggers and you can go blog hopping. This week is the Most Anticipated Releases for the Second Half of 2020.

When Edward Cullen and Bella Swan met in Twilight, an iconic love story was born. But until now, fans have heard only Bella’s side of the story. At last, readers can experience Edward’s version in the long-awaited companion novel, Midnight Sun.

This unforgettable tale as told through Edward’s eyes takes on a new and decidedly dark twist. Meeting beautiful, mysterious Bella is both the most intriguing and unnerving event he has experienced in his long life as a vampire. As we learn more fascinating details about Edward’s past and the complexity of his inner thoughts, we understand why this is the defining struggle of his life. How can he let himself fall in love with Bella when he knows that he is endangering her life?

In Midnight Sun, Stephenie Meyer transports us back to a world that has captivated millions of readers and, drawing on the classic myth of Hades and Persephone, brings us an epic novel about the profound pleasures and devastating consequences of immortal love.

Add it to Goodreads!

A past shrouded in secrets.

One look and Ford Hammersmith was mesmerized,

Obsessed with a woman he doesn’t remember… yet can’t forget.

The mysterious Callie Rose holds the secrets to his past,

The key to his future happiness.

His soul ravaged by the echo of love lost,

The heartless bastard will stop at nothing to reclaim her heart.

A cruel twist of fate brought them back together,

Will a decade of pain and betrayal keep them apart?

Jules Vandelsen never wanted for anything – except everything money couldn’t buy.
As the heiress to the Rock Beach Resort, her glamorous world was perfectly tailored to further her parent’s empire.

From designer clothes to private schools, every piece of her life was completely bespoken.

After her grandfather’s death, one fateful night forces Jules to see her palace for what it really is—a pretty prison. Risking her family’s wrath, she’s decided to forge a new path—one that leads straight to the man she can’t stop thinking about… the same chivalrous carpenter who knows more about that night than he’ll admit; Mick Madison.

A Texan-transplant with a giant heart, Mick knows he should keep his distance. After all, dusty jeans and scuffed work-boots might as well scream ‘commoner’ rather than carpenter. But Mick can’t convince himself to stay away… or to stop falling for a woman so far out of his league.

But when Jules’ prestigious family is linked to crimes happening in Carmel Cove, the road to her future splits, and she’ll have to decide between a life she was groomed to live and a life she was made to love.
And choosing love means she could lose Mick forever

4. Happily Letter After by Penelope Ward and Vi Keeland

My love story all started with a letter.

Only it wasn’t from the man I’d eventually fall in love with. It was from his daughter.  A sweet little girl named Birdie Maxwell who’d written to the magazine that I worked for.

You see, once a year, my employer fulfilled a few wishes for readers. Only that column didn’t start up again for months.

So I fulfilled some of her wishes myself. It was harmless…so I thought. Until one day I took things too far.

While anonymously granting yet another of Birdie’s wishes, I got a look at her father. Her devastatingly handsome, single dad father.

I should have stopped playing fairy godmother then. I should have left well enough alone. But I just couldn’t help myself.  I had a connection to this girl. One that had me acting irrationally.

5. In a Holidaze by Christina Lauren

One Christmas wish, two brothers, and a lifetime of hope are on the line for hapless Maelyn Jones in In a Holidaze, the quintessential holiday romantic novel by Christina Lauren, the New York Times bestselling author of The Unhoneymooners.

It’s the most wonderful time of the year…but not for Maelyn Jones. She’s living with her parents, hates her going-nowhere job, and has just made a romantic error of epic proportions.

But perhaps worst of all, this is the last Christmas Mae will be at her favorite place in the world—the snowy Utah cabin where she and her family have spent every holiday since she was born, along with two other beloved families. Mentally melting down as she drives away from the cabin for the final time, Mae throws out what she thinks is a simple plea to the universe: Please. Show me what will make me happy.

The next thing she knows, tires screech and metal collides, everything goes black. But when Mae gasps awake…she’s on an airplane bound for Utah, where she begins the same holiday all over again. With one hilarious disaster after another sending her back to the plane, Mae must figure out how to break free of the strange time loop—and finally get her true love under the mistletoe.

Jam-packed with yuletide cheer, an unforgettable cast of characters, and Christina Lauren’s trademark “downright hilarious” (Helen Hoang, author of The Bride Test) hijinks, this swoon-worthy romantic read will make you believe in the power of wishes and the magic of the holidays.

Eleanor Cole had no idea that when she met the charmingly irresistible Becker Hunt, she was putting her life on the line. So when she discovers his secrets, escape seems to be her only option – but Becker isn’t ready to let Eleanor go.

She knows better than to fall into his corrupt world again, but how long can she resist when he’s stolen her heart?

Eleanor must make a choice, to stay and follow Becker into the heart of the danger…or risk losing him forever!

8. You Are Mine by Miranda Rijks

Rupert has spent years searching for his perfect wife. Now he’s found her.

Her name is Charlotte Aldridge and she’s wonderful. A talented artist, modest and beautiful, she’s everything he ever dreamed of. Her hair, her eyes, her mouth – every little detail is perfect.

Rupert is confident that when they meet, she’ll fall in love with him just as he has with her. After all, he’s a wealthy British aristocrat. And he’s handsome – the relentless gym workouts and extensive plastic surgery have seen to that.

But what if Charlotte can’t see that they’re a perfect fit, that they’re meant for each other? Well, Rupert can be very persuasive. His father taught him certain methods which are extremely effective. Methods that can turn the most determined, ‘I don’t’ into a meek and submissive, ‘I do’….

Add it to: Goodreads

9. Children of Blood and Bone (Legacy of Orïsha #1) by Tomi Adeyemi

They killed my mother.
They took our magic.
They tried to bury us.

But everything changed the night magic disappeared. Under the orders of a ruthless king, maji were killed, leaving Zélie without a mother and her people without hope.

Now Zélie has one chance to bring back magic and strike against the monarchy. With the help of a rogue princess, Zélie must outwit and outrun the crown prince, who is hell-bent on eradicating magic for good.

Danger lurks in Orïsha, where snow leoponaires prowl and vengeful spirits wait in the waters. Yet the greatest danger may be Zélie herself as she struggles to control her powers—and her growing feelings for an enemy.

10. A Whisker of a Doubt (Cat Cafe Mystery Series (4) by Cate Conte

It’s promising to be a picture-purrfect Christmas at New England’s favorite catt cafe . . . but instead of jolly old st. Nick, residents are being visited by murder. The fourth in a mystery series from author Cate Conte, A Whisker of a Doubt is filled with felines and crime.

The holiday season on Daybreak Island is a mixed bag for Maddie James. On the one hand, her Christmas spirit is in the doghouse after a break-up. On the other, she’s busy enough that she doesn’t have to pretend to be merry. Business at her cat café is booming, and Maddie’s care-taking of a feral cat colony in one of the area’s wealthiest communities only helps her bottom line. But tensions between the homeowners and animal activists are escalating to catastrophic levels. . .and before long a body is found dead in a snowbank. To prove that her accused friend is innocent of the crime, Maddie will have to prowl the island for clues to the real killer before everyone on the island goes completely hiss-terical—and more than nine lives are lost. 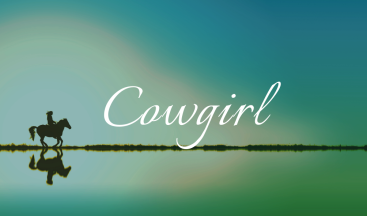 3 thoughts on “Top Ten Tuesday: Most Anticipated Releases for the Second Half of 2020”

This is a text widget. The Text Widget allows you to add text or HTML to your sidebar. You can use a text widget to display text, links, images, HTML, or a combination of these. Edit them in the Widget section of the Customizer.